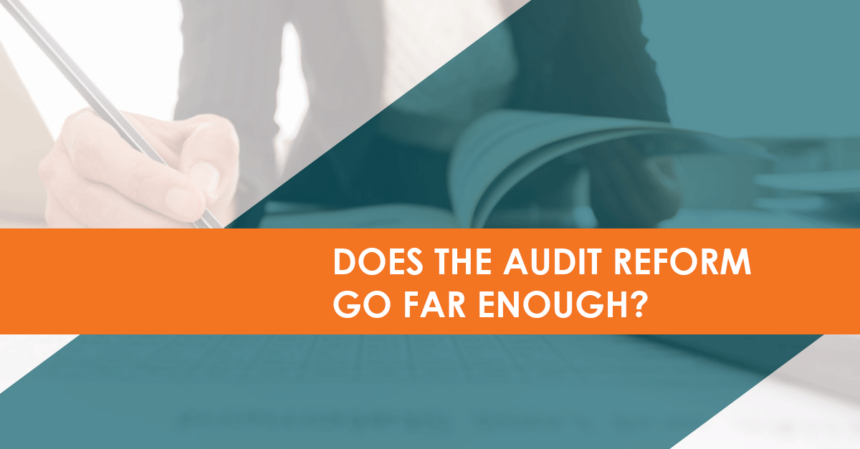 The government’s long-awaited response to the consultation to shake up the audit sector outlines their plans to tackle Big Four dominance, ban failing auditors, and bring very large unlisted companies under the scope of the regulator.

The government’s audit reform plans have received mixed reviews at best, with the proposals accused of not being stringent enough. For instance, many critics are disappointed with the omission of a UK version of the US’s Sarbanes-Oxley reporting regime, where directors would be liable for the accuracy of financial statements.

The plans have also been labelled a “missed opportunity” for real change within the audit sector, with the number of companies falling under the most stringent requirements being significantly scaled back. The alterations mean the reforms will include just 600 more private companies into the tighter regulatory system, compared to an original plan to potentially double the number of so-called “public interest entities” (PIE) to as many as 4,000.

Unveiled last month, the long-awaited overhaul is the culmination of three independent reviews over the past three-and-a-half-years and a public consultation that closed in July last year. The purpose is to ensure the scandals and collapses at companies such as Carillion and BHS are not repeated.

However, critics have suggested lessons from Carillion and other similar company failures have been largely ignored, with a lack of emphasis being placed on tightening internal controls and upgrading corporate governance.

The reforms have also seen FTSE 350 companies being told to hand part of their audit work to a mid-tier firm from outside the Big Four to tackle a lack of resilience in the market if one of the Big Four were to fail. We have discussed the potential impact of this for SME businesses here.

Magma’s Audit and Assurance service is dedicated to the needs of the owner-managed business. If you would like to have a discussion in the context of your own business, get in touch with one of our team below.

Our experienced and approachable team are on-hand to assist you, please get in touch below: