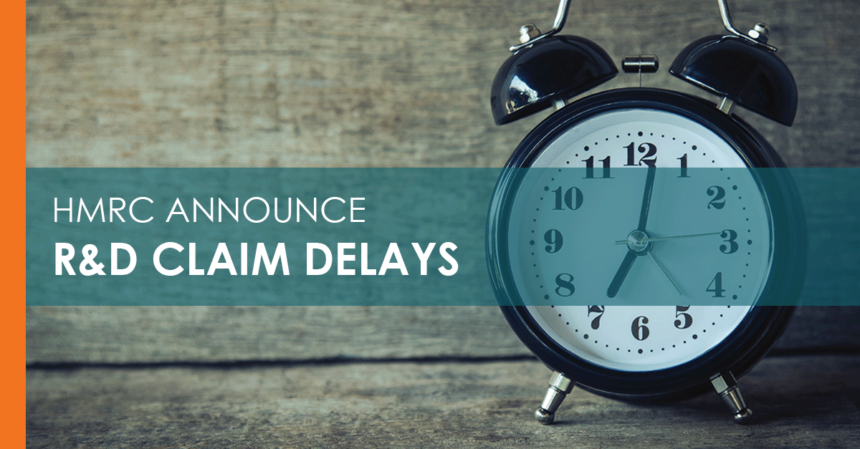 HMRC has confirmed that it has halted the payment of some research and development (R&D) tax credits, while it investigates irregularities in claims for the relief.

The treasury have announced they will be “enhancing [their] extensive compliance checks” on R&D claims which means they are extending their “standard processing” target for R&D claims to 40 days. It is important to note that the process of paying claims was already taking around 40 days before this announcement, therefore we are likely to see this new regime go beyond the 40-day processing target.

The plan for HMRC’s move is to lessen potential abuse of the tax relief and the tax authority has admitted that it will result in delays to processing times for other R&D tax credit claim. It will come as unwelcome news for businesses, particularly in the current economic climate, where the balance between income and expenditure is extremely pronounced. While it is certainly positive that HMRC is placing increased impetus on identifying abuse of the R&D scheme, the new regime is likely to compound existing slow response times at HMRC in relation to processing claims.

It is vital for businesses to be aware of potential delays and ensure their business is geared up to cope with a lengthy R&D tax relief process. Get in touch with our Tax team below if you would like to discuss potential R&D claims for your business.

Our experienced and approachable team are on-hand to assist you, please get in touch below: