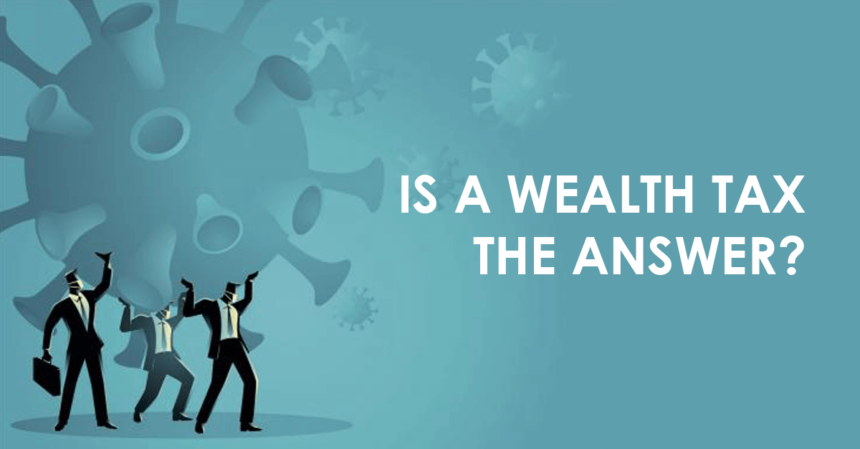 Is a wealth tax the answer?

A one-off ‘wealth tax’ has been discussed as a potential method to raise significant revenue in the UK, but would it be practical?

A Wealth Tax Commission (WTC) was introduced in April 2020 to carry out research into whether a wealth tax should be implemented within the UK. The WTC completed their final report in December 2020 and put forward a proposal of a one-off tax. Calculations suggest that a tax on individual wealth above £500,000, charged at 1% a year for five years, would raise £260bn and would help claw back coronavirus-related costs, such as furlough and industry bailouts.

Not since 1974 has a UK government come close to introducing a wealth tax, which coincided with extremely high income and corporation tax rates – effectively, income could take no more tax.  Whilst income and corporation tax rates are not at 1970s levels, with upcoming known increases in corporation tax (25% from April 2023) and income tax/National Insurance Contributions (from April 2022), effective tax rates will be well over 50% for private business owners at the top rate. Profits taxed within a company, then paid as dividends to shareholders at the top tax rate, will suffer a 55% combined tax rate. The current comparable rate is marginally under 50% – the impact that crossing the 50% line may have on corporate behaviour is soon to be seen.

Is it likely to happen?

The government have made very little comment on a potential wealth tax. Polling data from the WTC’s final report suggest though there would be some public support. It may be a case of testing the impact of corporation and income tax rate increases, before finalising a decision on a wealth tax.  What is certain is the government needs to recoup the cost of coronavirus support (latest estimate of which is £370bn) and that those that can afford to pay more, will be asked to pay more.  Whether affordability is based on income and/or wealth may ultimately be the conundrum.

One point of reflection is the age distribution of income compared to wealth in the UK.  Higher rate income tax increases affect those aged 40-54 the most.  A wealth tax above a £500k threshold is likely to affect those over-65 more than anyone else.  The very real question becomes, who should bear the cost of the pandemic support measures?  The answer to that question may be as much about political sensitivity as anything else and any introduction of a wealth tax depends very much on that assessment.