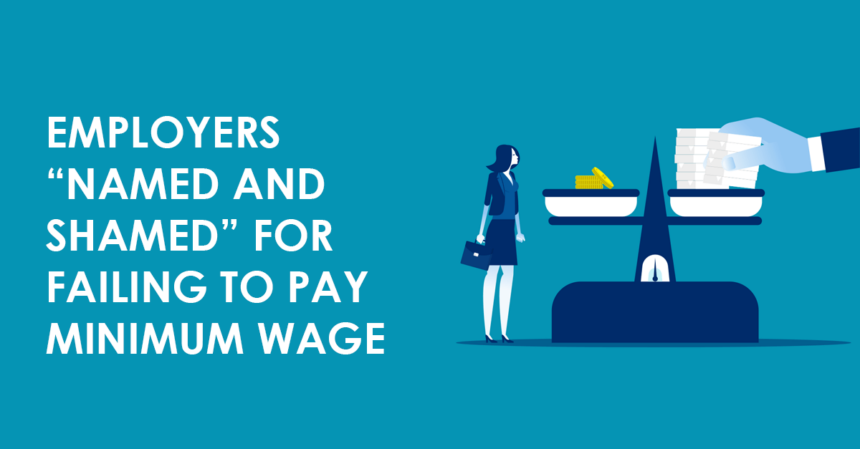 Employers “named and shamed” for failing to pay minimum wage

191 employers have been publically named and shamed by the government for not paying the National Minimum Wage (NMW).

In the current list of employers published, £2.1m was found to be owed to over 34,000 workers as a result of HMRC investigations, with the breaches taking place between 2011 and 2018.

HMRC has confirmed that the named employers have since paid back the money owed, and were fined an additional £3.2m.­­

The National Living Wage and National Minimum Wage rates were increased in April 2021, with breaches often occurring when workers are being paid on or just above the minimum wage rate, and then have deductions from their pay for uniform or accommodation.

The employers named previously underpaid workers in the following ways:

•   47% wrongly deducted pay from workers’ wages, including for uniform and expenses
•   30% failed to pay workers for all the time they had worked, such as when they worked overtime
•   19% paid the incorrect apprenticeship rate

Complexities around the NMW are important for employers to understand in order to comply and avoid being named and shamed.

Read more of our blog articles by clicking here: https://www.magma.co.uk/blog